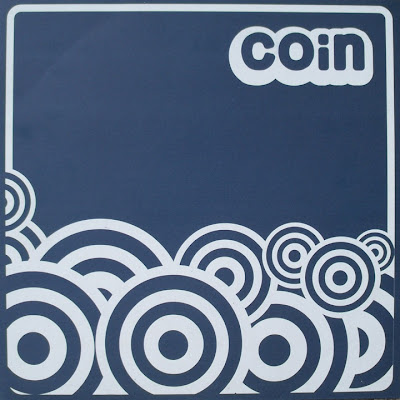 Here is an insanely fun record by Thermos Malling, ex-of Doo Rag.
Here's a description straight from the back cover:

"Every synthetic beep, chirp, buzz, drone you hear on this album was ripped directly from videogame soundtracks composed between 1983-88. The original scores were painstakingly coded in Basic on a Commodore 64 home microcomputer. The raw data was converted by Coin into waveforms and assembled into new full length tracks using cut and paste techniques associated with modern software. Sampled live drumming augments these arrangements by filling gaps from the editing process and offers a unique percussive setting unparalleled by any drum machine. The text-to-speech capabilities of Apple generated every vocal element on this record."

It's a truly great and fun record and yup, very hard to find. Vocals sound very Flying Lizards-ish, adding to it's early-80s charm.
It's only a 128 kbs rip of a CD-R, but sounds fine. A friend of mine has the (very limited) vinyl and I will try to do up a proper 320 rip in the next few days. I'll let ya know. But for now definitely get this and ENJOY! 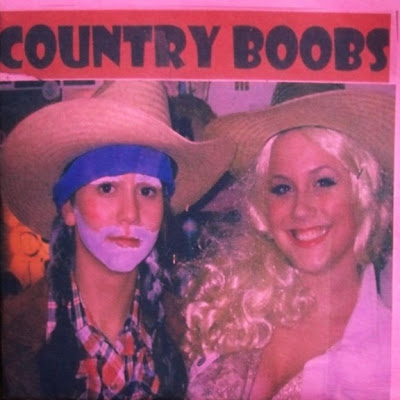 Here's a CD-R the good Doctor has been offering on tour. Don't know if it's available elsewhere. My favorites are the typically fried versions of well-known songs, particularly the Ween/Billy Idol one-two punch. Or slap. I guess these are not so much fried as baked as the whole disc's languidly paced.
Good stuff. 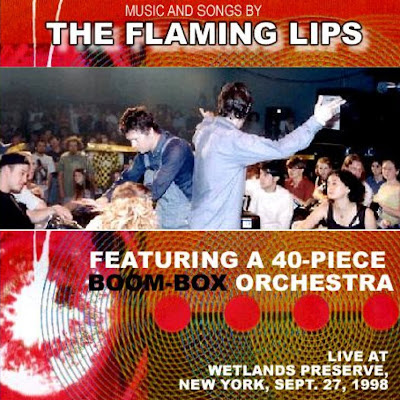 Here's one I've just acquired after years of searching. I saw it on several "trade lists" online, but none of the buggers ever got back to me. Finally found it from a dude in Brazil (thanks, Luis!). Traded a Melvins DVD I shot for it, and well worth the price.

The Boom-Box Experiments, for those of you that don't know, were 40 volunteers from the audience armed with pawn shop boom-boxes and a bag of tapes. These tapes had various music pieces and sound effects on them and the boom-boxes were wired through to the PA. It was an ungodly racket, made all the more so by people fucking up their cues and the tapes never quite synching. Head Lips Wayne Coyne and Steven Drozd "conducted" the participants which were separated into halves, facing each other. Michael manned the mixer.

The main reason I was searching so diligently for this particular show was that on this particular night, September 27, 1998 at Wetlands in NYC, yours truly was a member of the "orchestra". In fact, Steven parked me in a chair at the edge of the stage and shoved about two six-packs of beer and cigarettes under the seat. Not only was I to participate, but apparently was to be his personal valet for the night. Not that I minded since I would be helping myself to the beer as well, haha.
But the best part is that I get admonished by Wayne three (three!) times.
The first time I was fumbling with a tape and he looks over at Steven and asks, "Is Pete kinda drunk?" I was, as he well knew. The second he kinda stutters a "P-Pete..." and looks over at Steven again and asks, "Is he opening that for you?" I guess he got a blank look cos then he says, "I told my side No Drinking... well, maybe it'll help".
The third time he just tells a rather blotto me, in support, "Two more Pete! Hang in there".

It was of course all in good fun. Even if I was famous for drinking copious amounts of their alcohol.

The recording is a real nice soundboard tape. Lotsa loopy stereo effects, and even though you can in no way capture the sonic mayhem that was unleashed it is a fair representation.
A high quality 320 kbps rip. Mind though, that when the music starts there is a lotta hiss: 40 cheap pawn shop boom-boxes will do that.
The "Intro" track is Wayne explaining the proceedings. The Test 1 and Test 2 tracks are just that: tests to make sure everything's hooked-up and operating properly. Things get going for reals on Track 4. And Speed Of Life is my favorite with 40 babies that had to be experienced to be believed. 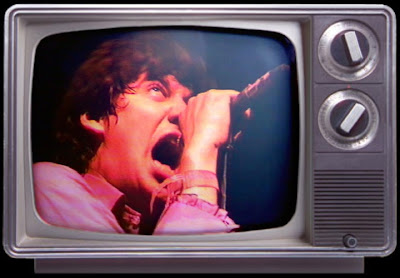 Sorry for the lack of posts of late. Been consumed with suvival. Trying to find a job in Arizona in the summer in these economic times is needle-in-a-haystack futility. Ugh. All my CD's are gone (except four stacks of The Fall, Mekons, TVPs and Ween each). Records next? I've sold so many records over the years and it's always a regret... "Ah, I used to have this". CDs who cares good riddance. Maybe I could sell hard drives full of music? Would that even be legal??? Anyway, somehow things always work out, more or less. I got a gig at a theater here that usually gets me by but bands tend to avoid this area in the summer. I guess those festivals in Europe are pretty appealing...

Anyway, I just wanted to get this video posted as I've had two requests (from the same person?) for it. So here you are whoever you are. Hope you like it.

The AVI video is HERE.
Watch online HERE. (Switch it to 4:3 to avoid the srertchiness).
Posted by Peter at 4:48 PM 3 comments: